Back to all News 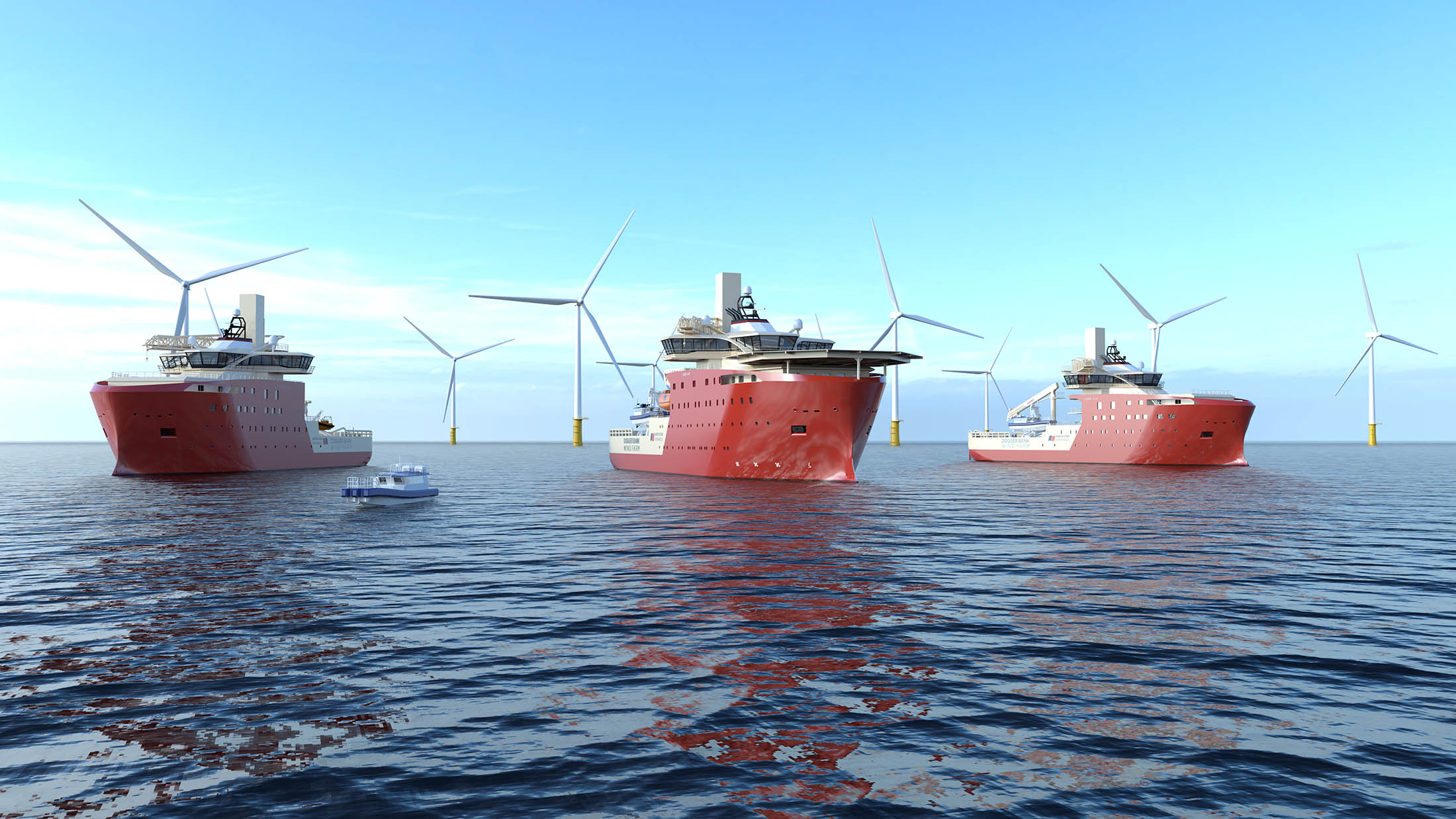 Leading Aberdeen company North Star Renewables has been awarded contracts to deliver three state-of-the-art service operation vessels (SOVs) to be used on what will be the world’s largest offshore wind farm, the 3.6GW Dogger Bank Wind Farm in the North Sea.

North Star’s contract award follows a highly-competitive tender process. The Scottish firm beat off strong international competition to secure the deal to design and deliver the three-vessel service operation fleet for Dogger Bank Wind Farm, which is currently being built in the North Sea by joint venture partners SSE Renewables, Equinor and Eni.

North Star will deliver the SOVs to Dogger Bank Wind Farm operator Equinor from Summer 2023 and will be chartered to Dogger Bank by North Star for a ten-year period, with an option for three one-year extensions.

North Star will create 130 new full-time UK-based jobs in crewing and shore-based roles for the lifetime of the contract. Recruitment for the roles will start 12 months ahead of vessel delivery to Dogger Bank’s planned operations base in Port of Tyne. The new positions will be based across Scotland and the North East of England and will grow North Star’s existing 1,400 strong workforce, 950 of which are in the UK and 350 of which are in Scotland.

Welcoming the news of the contract award, Scottish Government Economy Secretary Fiona Hyslop said: “This is excellent news for the Aberdeen based North Star Renewables who are relatively new to the offshore wind sector but have a wealth of experience operating in the North Sea’s oil and gas sector.

“This contract is a welcome example of our domestic supply chain benefitting from the operation and maintenance of an offshore wind project off our coastline, bringing jobs and employment opportunities to communities in Scotland.”

The contract award is a renewables-first for North Star and represents a transformational step forward for the Scottish company in its energy transition ambitions to become a major player in the global offshore wind sector.

North Star Chief Executive, Matthew Gordon, said: “We are pleased and proud to establish a new relationship with Equinor and are looking forward to working collaboratively with them and their partners, SSE Renewables and Eni. We have been working with our existing energy clients in the North Sea for over 40 years, with an outstanding reputation for delivering and operating offshore emergency support vessels safely. We are now committed to building on the momentum of this contract award to further our diversification and firmly establish ourselves at the forefront of vessel design and delivery in the global renewables market.”

Dogger Bank Wind Farm will be located more than 130 km off the Yorkshire coast and will generate enough renewable energy to power six million UK homes. A joint venture between SSE Renewables, Equinor and Eni, Scotland-headquartered SSE Renewables is leading on Dogger Bank construction and delivery while Equinor will operate the wind farm on completion. As wind farm operator Equinor will begin taking delivery of the three SOVs from North Star at its Port of Tyne operations base from 2023, ahead of commissioning of the first phase of the giant offshore wind farm.

The contract award by Dogger Bank Wind Farm to North Star delivers once again on a commitment by partners Equinor, SSE Renewables and Eni to support the development of a UK supply chain, creating substantial local jobs and maximising UK supply chain opportunities.

Halfdan Brustad, Vice President for Dogger Bank at Equinor welcomed the news and said: “We are pleased that a UK supplier wins these contracts in a tough international competition. The awards will create a good basis for North Star to expand their services to support the UK’s growing offshore wind sector. Dogger Bank is at the forefront of innovation, and we want to attract the best talents to come work on this ground-breaking project.

“The high-end SOVs will ensure our teams have a comfortable stay offshore, which is important before a day’s work on the turbines. We have incorporated leading technology to ensure we can operate the wind farm safely, sustainably and efficiently.”

“It’s an important milestone for the project and when delivered, these state-of-the-art hybrid vessels will have a critical future role in ensuring the safe and efficient maintenance of the development when it reaches the operational phase.”

Wind farm engineers and technicians will spend two weeks on board each of the high-tech vessels while working on the offshore wind farm. The SOVs will incorporate logistics platforms to allow wind farm personnel work on the wind farm during the day, ensuring optimum wind turbine availability, and will feature safe, hotel-grade comfort in the living quarters for operational personnel at all other times.

North Star’s designs, which have been two-years in the making with its key strategic technology partners, are at the leading-edge of operability and sustainability to reduce fuel consumption and emissions. Innovations include low fuel consumption, digital decision support technology, advanced propulsion systems, hybrid power management, a waste heat recovery system, and a new daughter-craft design.

In support of the contract, North Star will establish a new permanent presence at Port of Tyne, delivering a local economic and supply chain boost to the coastal region. This new base for North Star will build upon its existing UK operational bases in Aberdeen and Lowestoft.

The 3.6GW Dogger Bank will be the largest offshore wind farm in the world when complete in 2026 and is being built in three equal phases of 1.2 GW; Dogger Bank A, B and C.

North Star will deliver one SOV to be used for scheduled maintenance at Dogger Bank A and B. The vessel is due to be delivered in January 2024 and will also serve Dogger Bank C when this phase of the wind farm is operational.

Click here to view a video of the North Star Renewables’ SOVs that will bring market leading technology to the offshore wind market and to the 3.6GW Dogger Bank Wind Farm being built in the North Sea by joint venture partners SSE Renewables, Equinor and Eni.